At just 14, Amelia is the youngest member of Mandurah Dragon Boat Club & she is now in the Australian team, (The AURORAS) having been selected last October, after a selection camp held at the Australian Institute of Sport in Canberra. She has trained hard since then with a 6 day a week on water and gym programme. She is now in Qld at another intense training camp,  prior to departure for World Champs in France. The event is being held at Lac Divonne, just over tbe boarder from Geneva, Switzerland.  She is only one of two regional wa juniors selected.  The other is from Denmark. The junior AURORA team is 90 strong.

“Amelia’s first time in a dragon boat was at MOFSC when you had that music thing (orchestral arrangement using the boats)  She jumped in the boat with her dad and joined in the paddle section of the orchestra! She decided to have a go after that. She was 10. Too young to join but started drumming with a pfd on, when Mal was in the boat. She then joined when she was old enough (12) and started racing. She was selected onto the state team that season and completed in Perth, and  the following season, when we traveled to Adelaide for the nationals.

The MOFSC is proud to support Amelia – Well done! 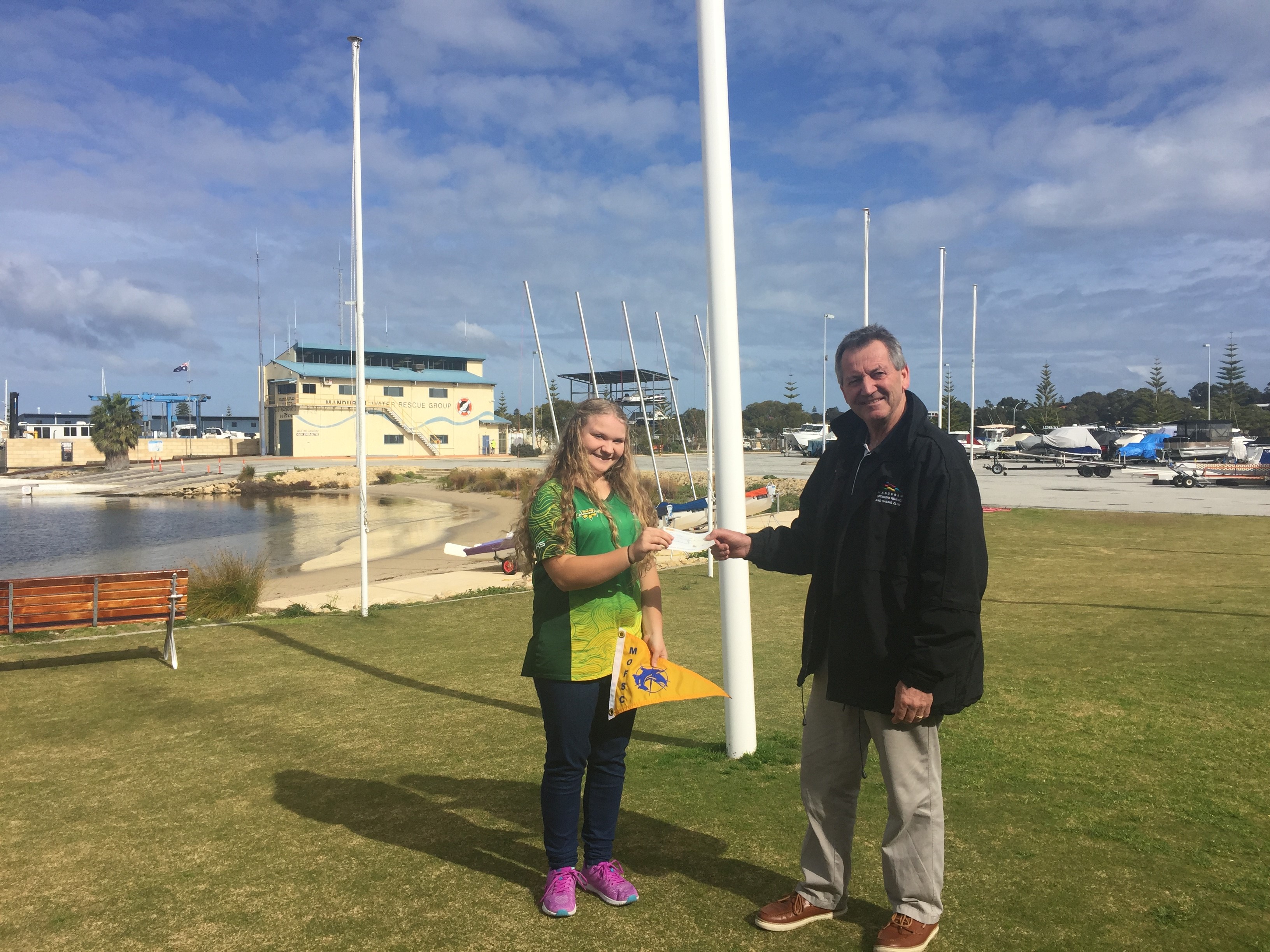