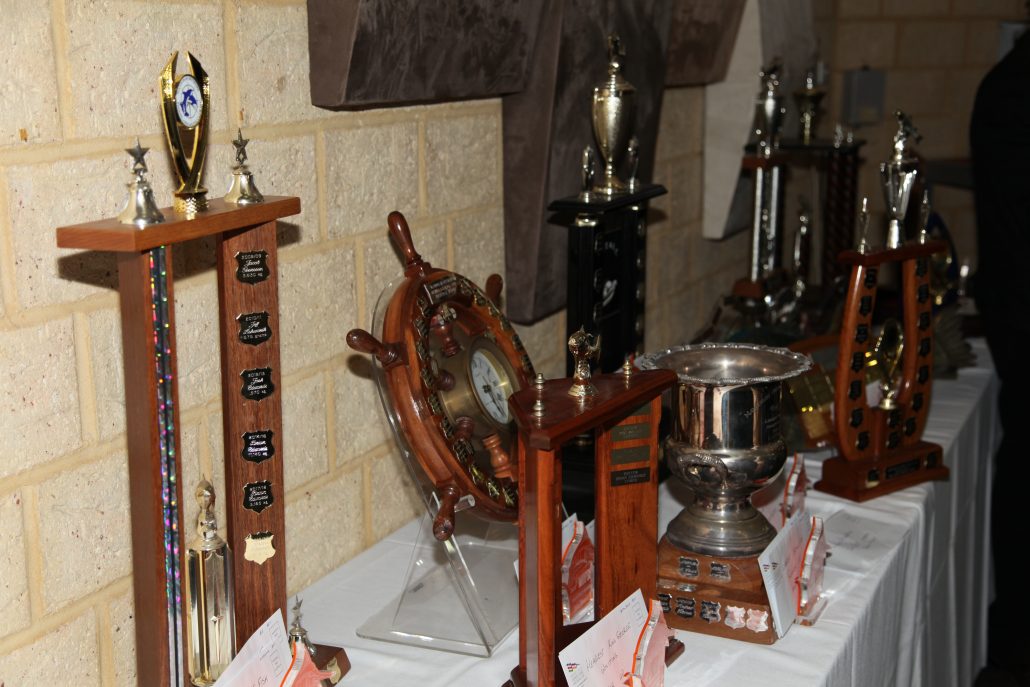 What a great night;

Good friends, great food and a shared passion to celebrate fishing at MOFSC.

The major award winners for our shortened (9 comps instead of usual 11, Covid 19 Season) were

Each month saw between 11 and 23 registered anglers with the average number 15.

The highest number of points that was achieved in a single comp was 125. This was achieved by weighing in 8 different species – 80 points, winning the heaviest of 4 of those species (additional 40 points) and attending weigh-in, 5 points. Its not luck as 125points was achieved twice by the same fisher; Brian Edwards in January and then again in August.

The Next highest point score for a single competition was 90.

Of the 15 listed target species between 3 and 12 species were presented for weigh-in each month. Average number of species presented was 8. The total number of fish weighed in during the season was 217. Being 57 Sand whiting, 28 Skippy, 25 Herring, 25 King George whiting, 19 Breaksea Cod, 18 Gamefish, 12 Dhufish, 9 Bream, 6 Baldchin Grouper, 6 Tailor, 5 Flathead, 3 Pink Snapper, 3 Sharks and a solitary Snook were weighed-in during the season.

Individual winners for a species were;

Jeanette Baldwin was named Fishing Section Volunteer of the Year

Paul Lamont was given an innovation award for recycling engine oil to get back home.