What happened on the 19th August on the water?

Well, lots of sun…….yeah…..support boats were a great supply of sunscreen for us who realised at the last minute the sun actually had some heat in it……whew!

The support boats also helped us get to the course…..not much wind…in fact quite glassy….some of us became a tad skilled at paddling with either rudders or hands! (thank goodness for you support people!!!)

Ross and Laura managed to get us off to start the race as soon as the fleets arrived….a tiny bit late. Thank you for waiting 😊

After two fleets starting higgledy piggledy most managed to actually go forwards….luckily. (I’m of the opinion that Luffy creates his own wind…lol) However, again, as before…the tide was roaring out

In fact, so much that many had difficulties trying to around the up-river mark. I know at least one boat getting friendly with that particular mark…..Also a certain Laser who will remain un-named, (there is a very bright orange cap on board this Laser) decided to put on an acrobatic show near the start/finish line. This someone tells me he didn’t get wet so it really wasn’t a capsize….yeah…we believe you!

Just a side note here….there is a certain husband sailing here (who managed a first place), and he gave some great advice to his wife’s opposition!!!  Bad move Mark! Is Nat talking to you?

Second race was a shemozzle toooo. But only one lap? Drat!  I was having so much fun causing carnage actually moving forward through the fleet with my kite that I forgot to finish. Drat again! However, it was great to see Paul at it again….trying to do some more acrobatics at that very congested up river mark…..Just as well it was like a slow motion replay with bumper boats.  No casualties except pride. Thanks guys for the entertainment while I tacked back to finish after sailing a tad longer than I should have 😋

Hey Paul Luff, you missed out on the entertainment by nicking off in the first race.

Winners in the Juniors were Niamh and James, followed closely by Kathleen and the seniors were Mark and Evie followed by Trevor and Harry Well done guys in very tricky conditions

Next race is on this Sunday 26th August for a 10am start. Briefing just after 9am. If you can’t come, please respond to Mike Gaebler, Trevor Date or Ally Boocock so we can organise our fleets for the day

Catch you all on Sunday for another magnificent day on the water. 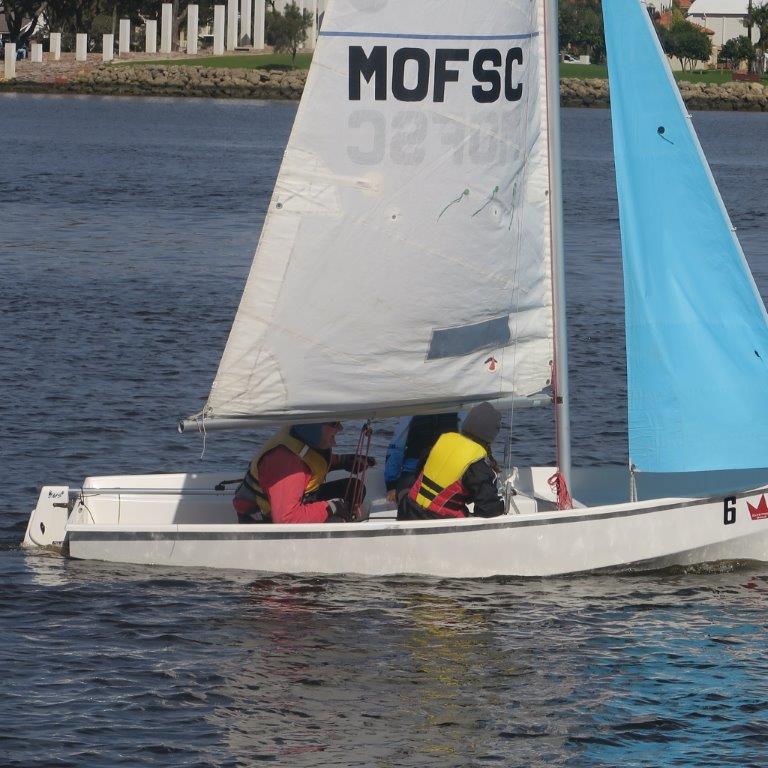 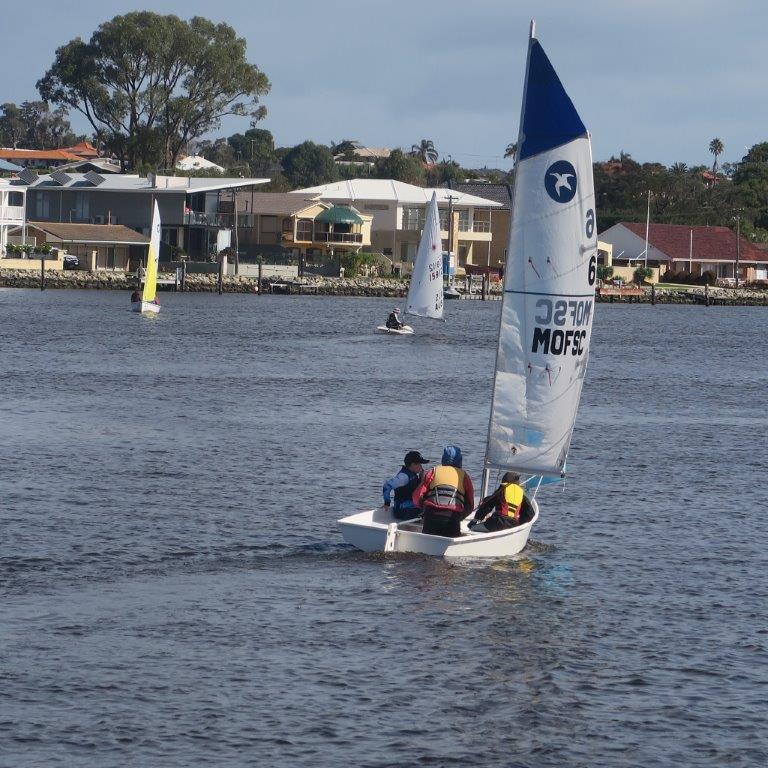 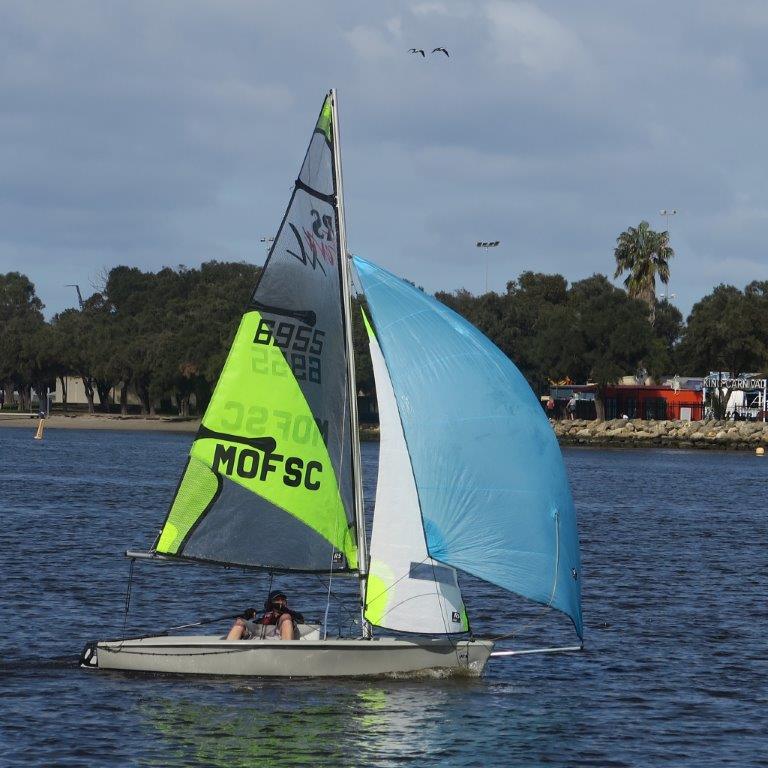 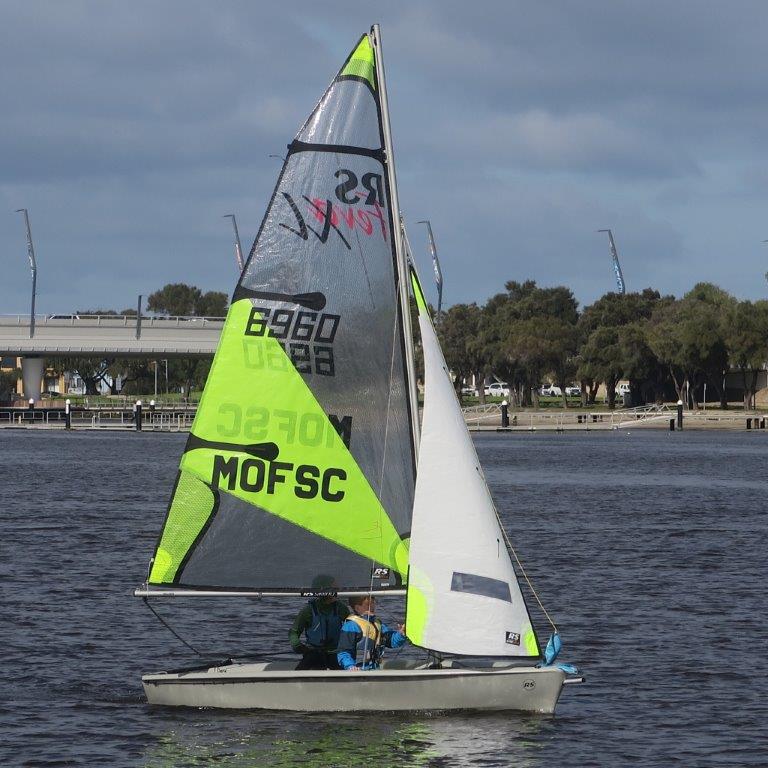 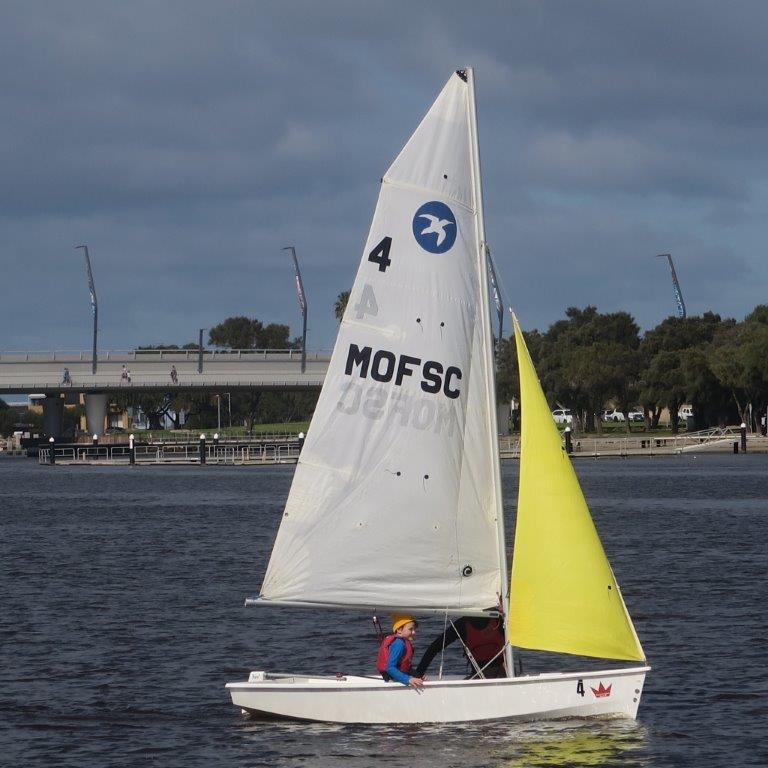 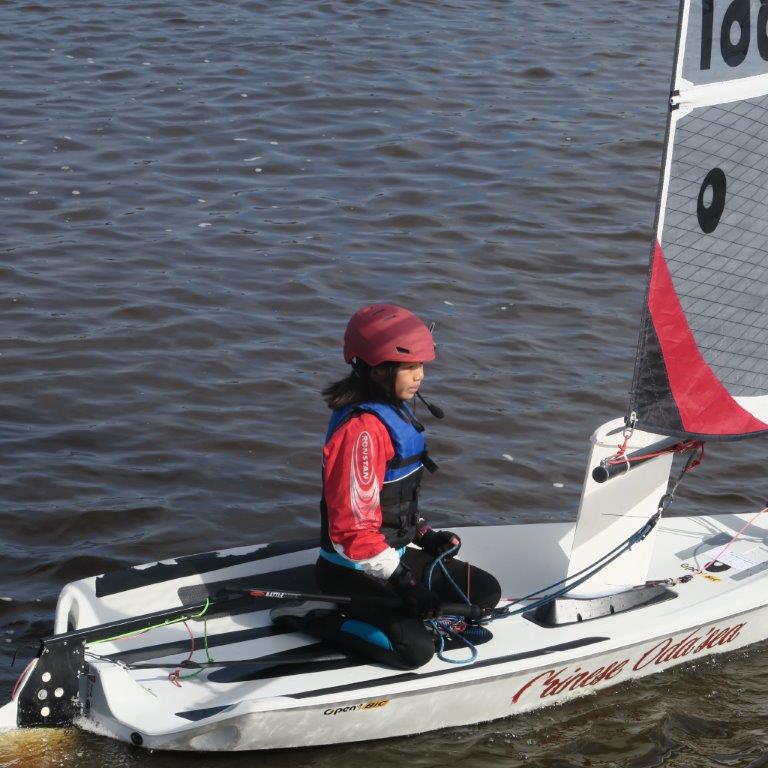 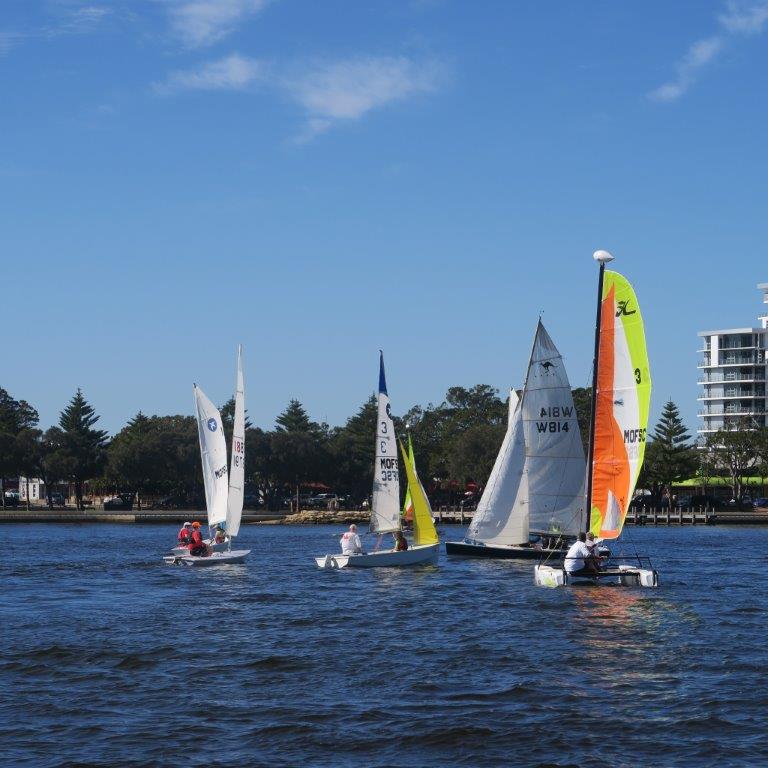 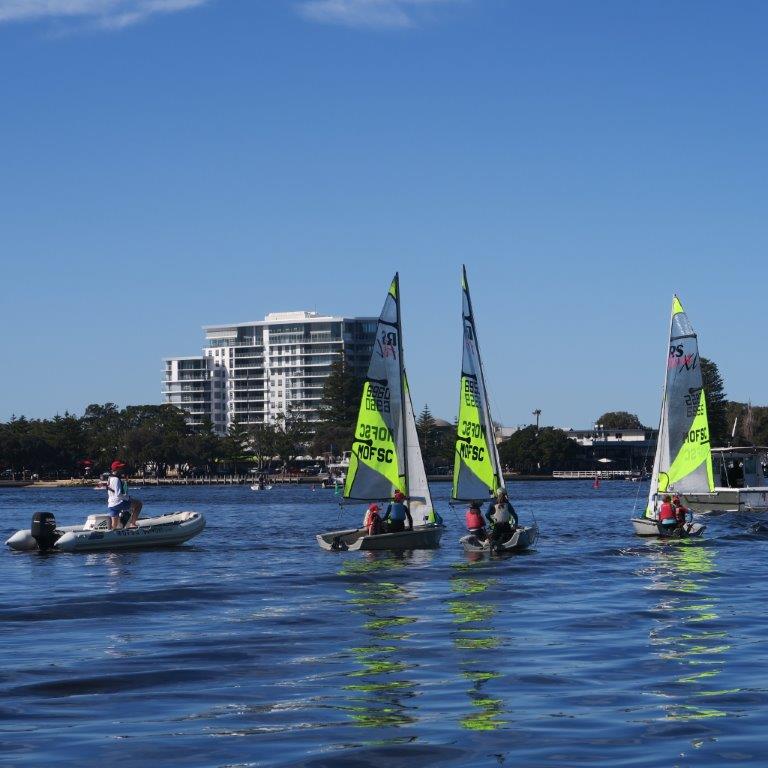 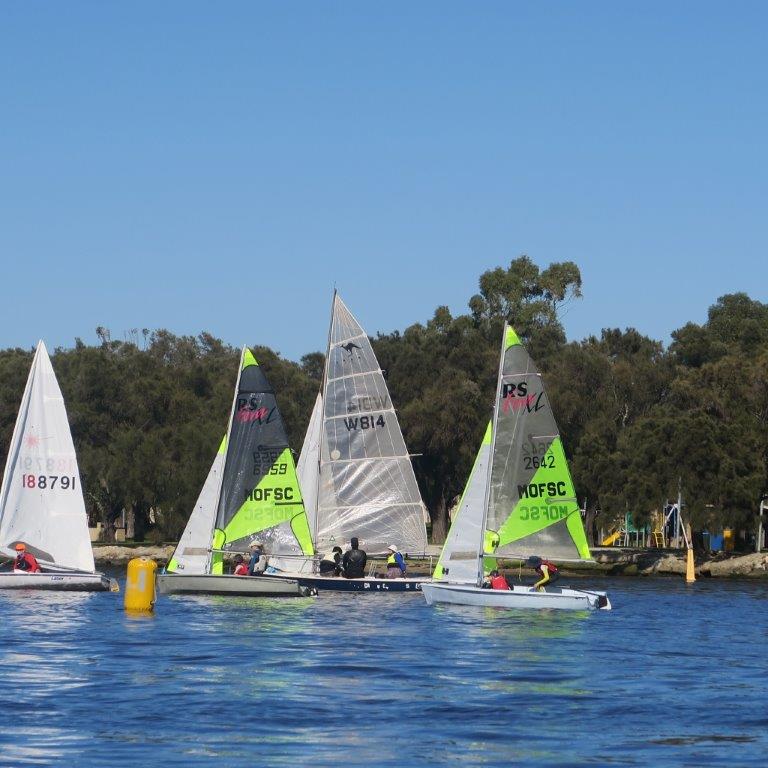 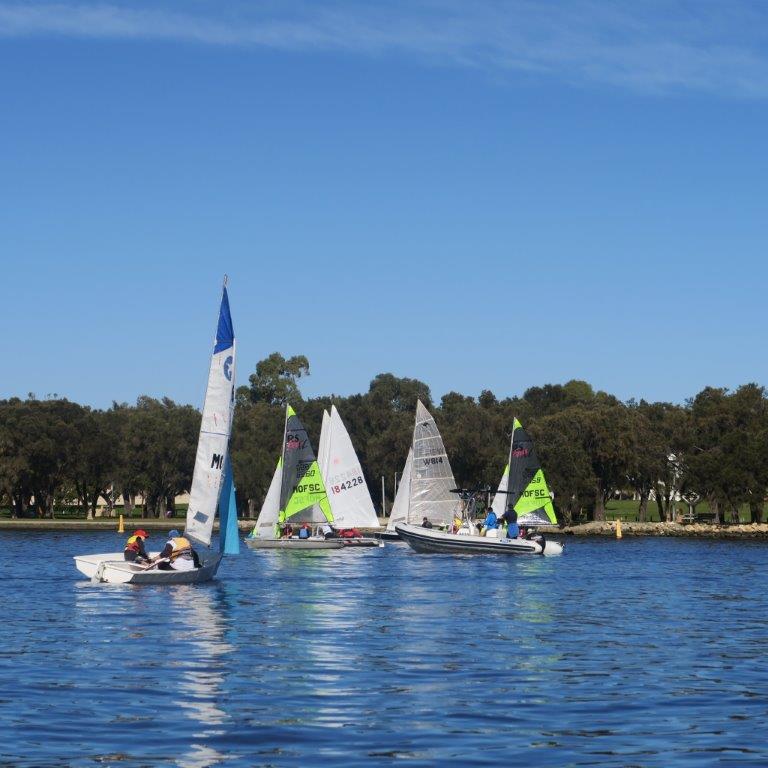 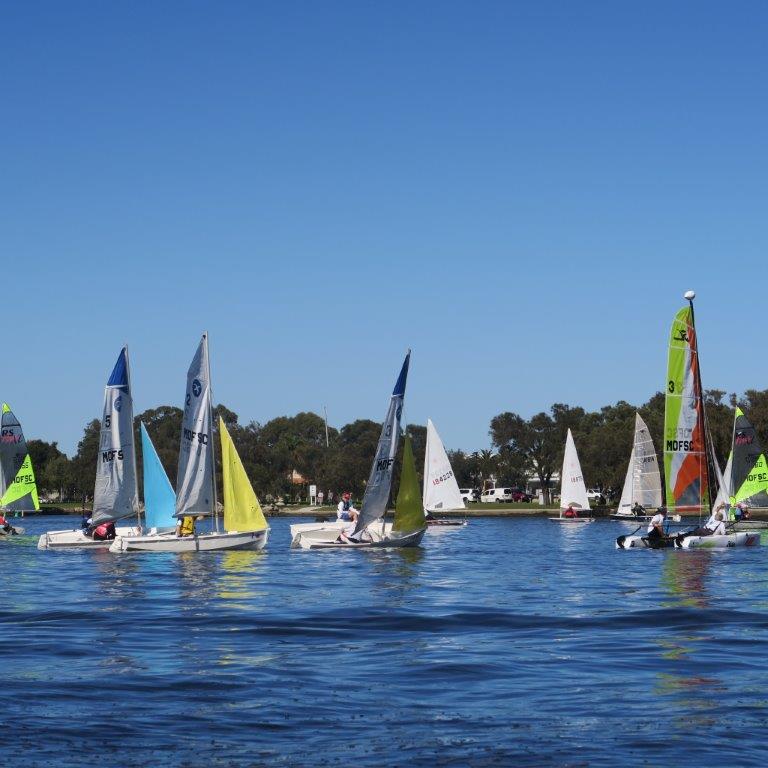 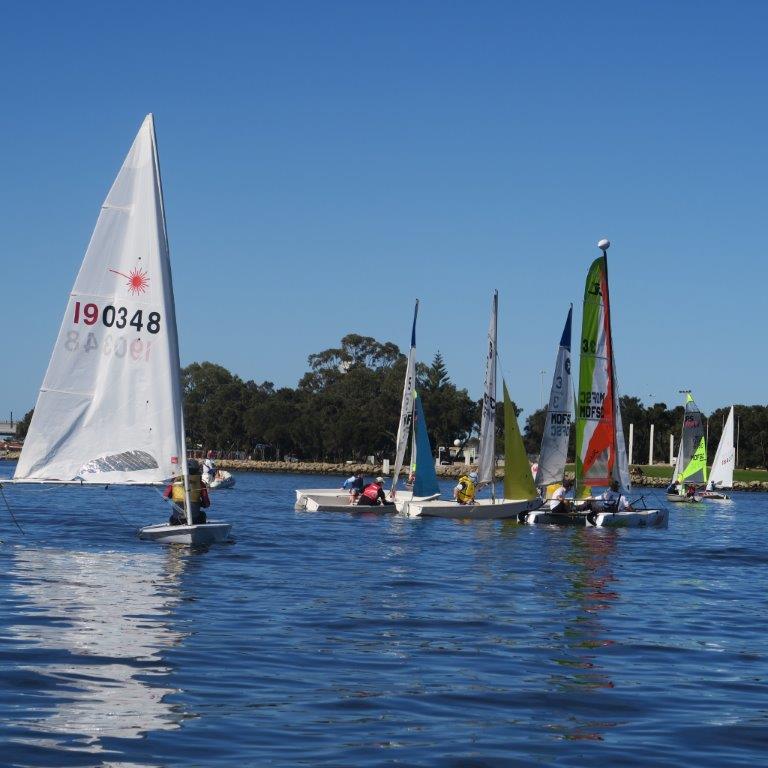 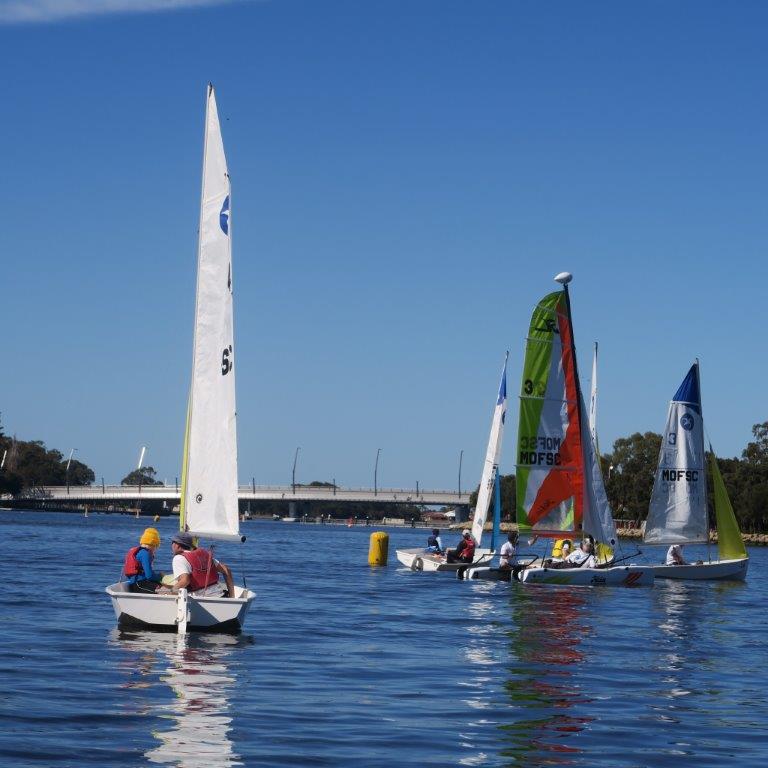 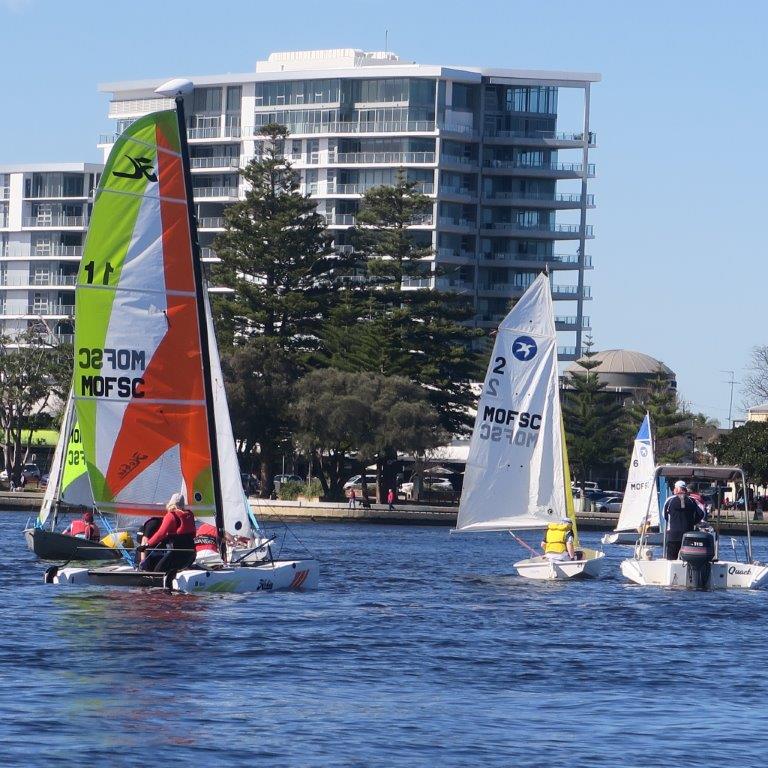 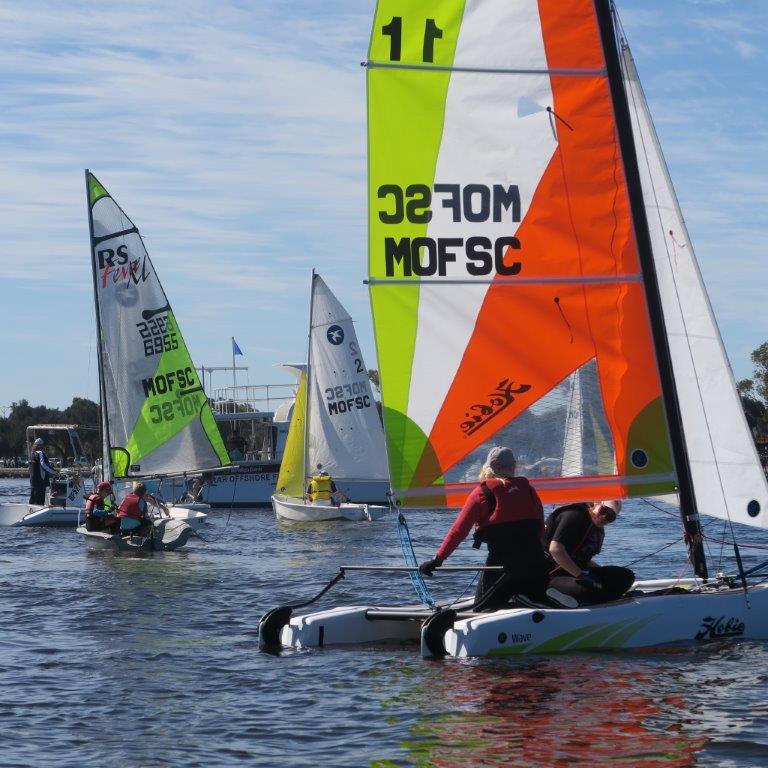 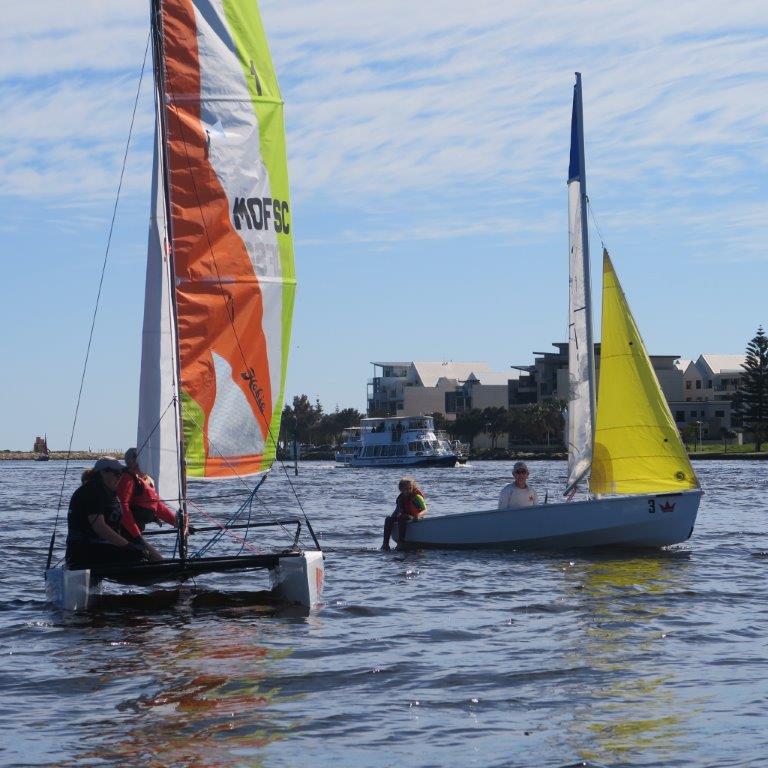 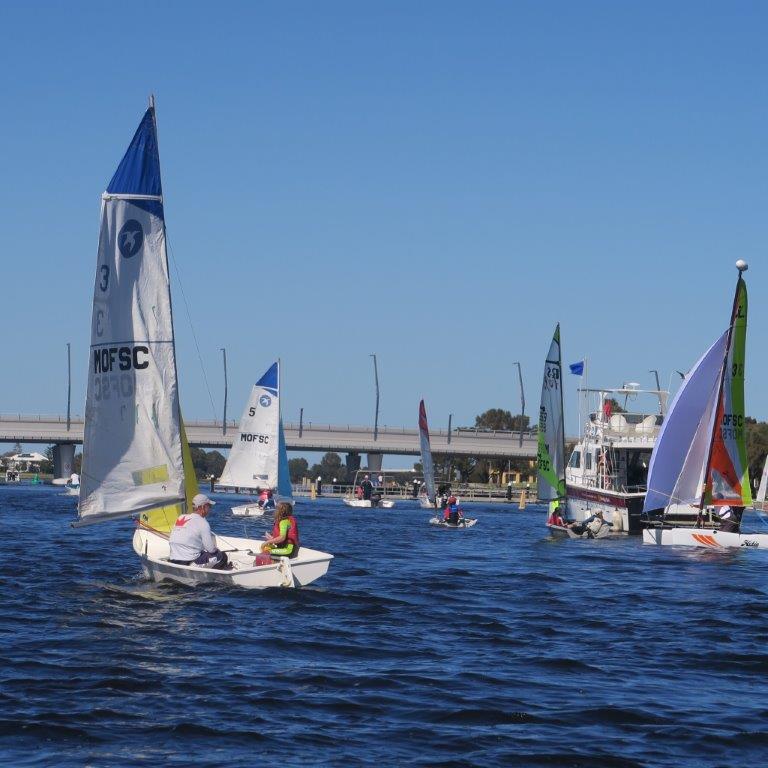 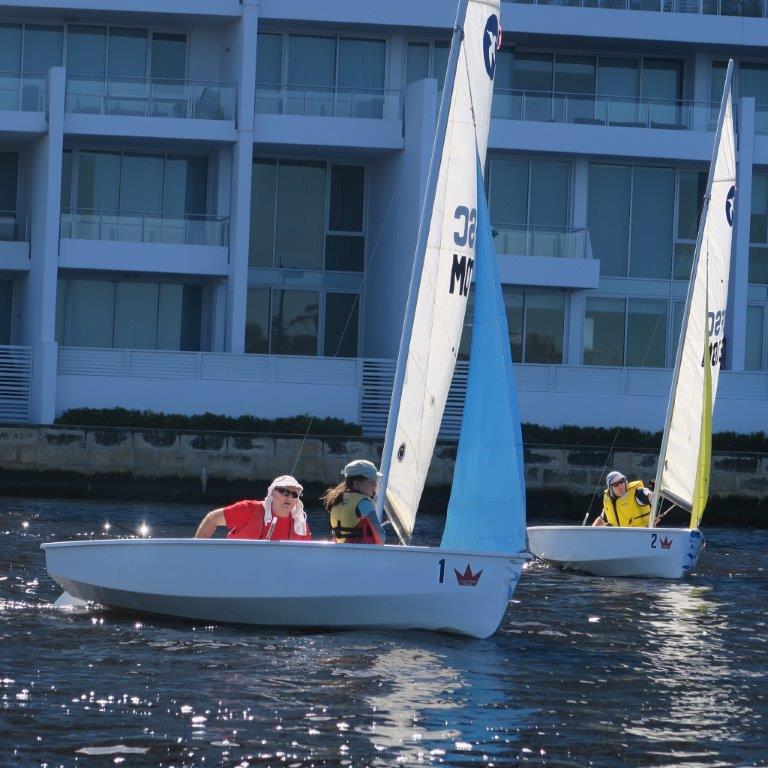 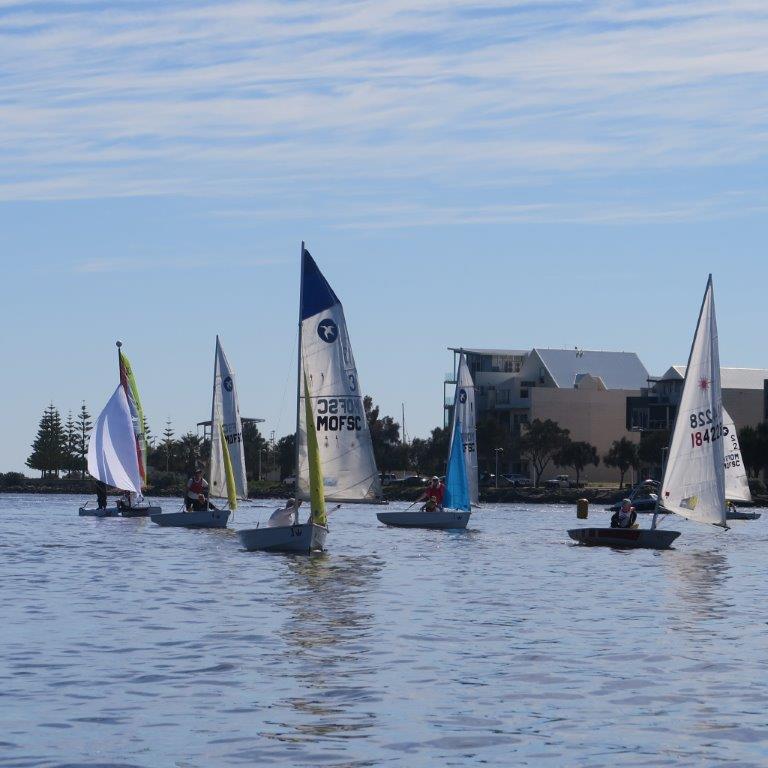 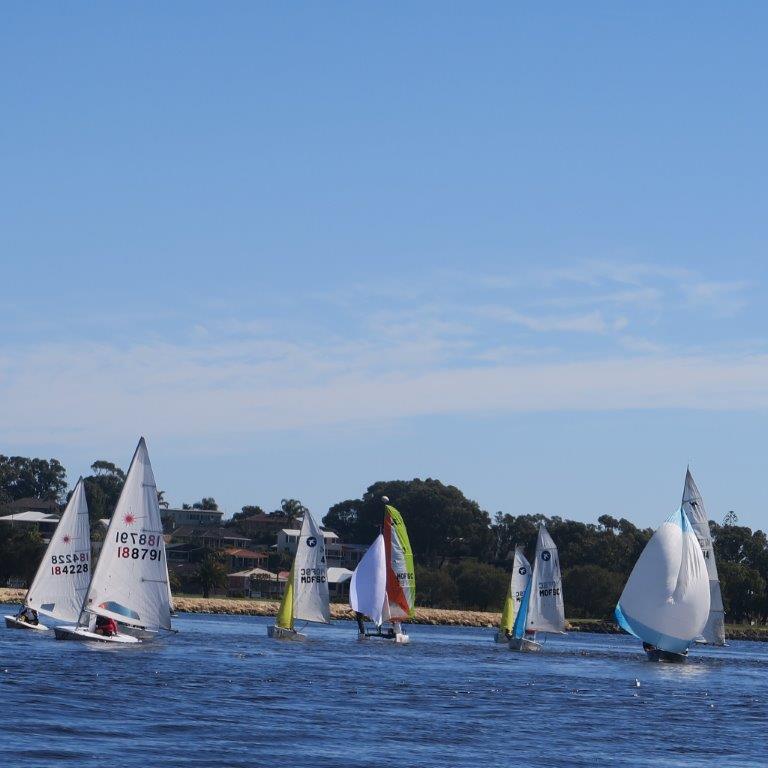 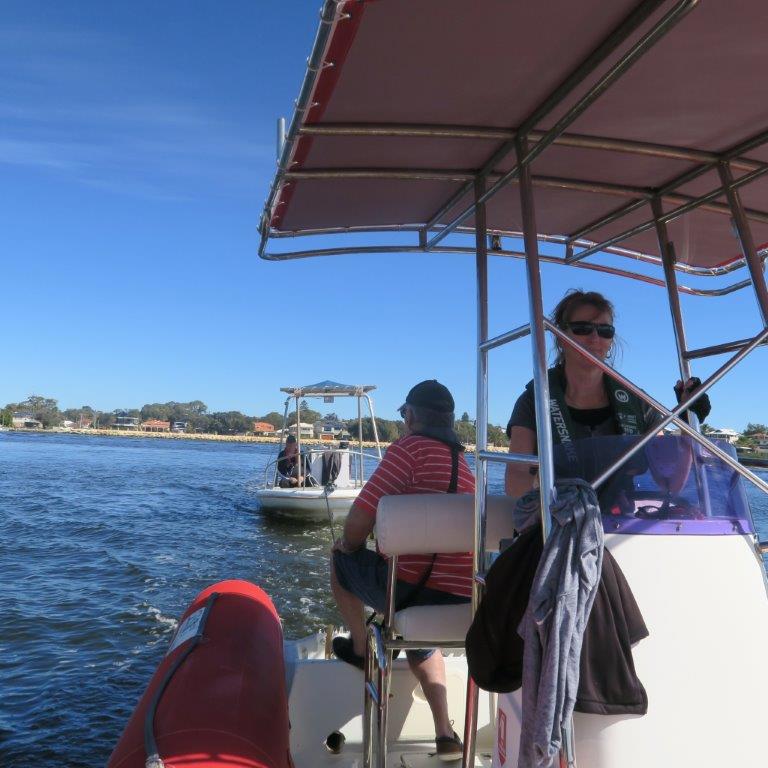 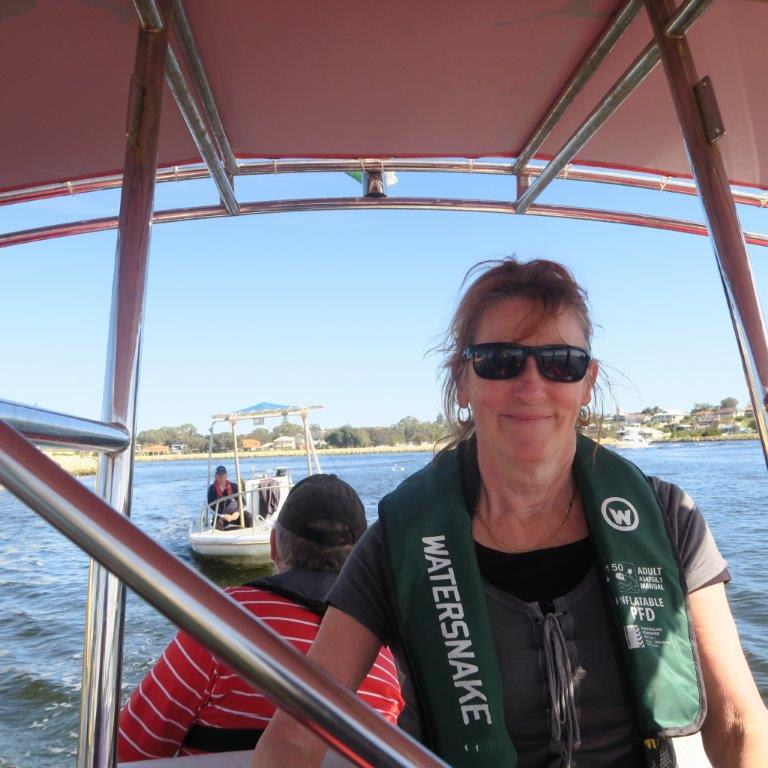